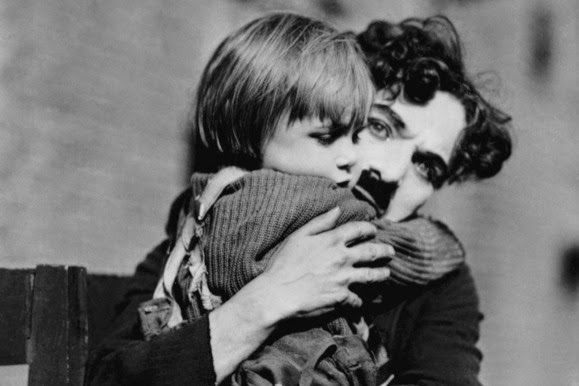 Charlie Chaplin’s The Kid is the embodiment of the purest tenderness this genius was ever able to conceive. This time, The Tramp came to life again to rescue a baby boy (Jackie Coogan) who was abandoned by his mother (Edna Purviance), a single woman afraid to face the harsh judgment of a narrow minded society.

The Tramp raises him in a humble, extremely poor household and the child recognizes him as his father. They live together all kinds of adventures and the very smart little boy (now five years old) learns every trick that his adoptive dad teaches him.

At this point her mother has become a wealthy star, though she misses her son every day. She does a lot of charity work, and one day she crosses paths with her son without even suspecting who he is. 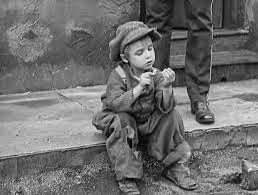 Chaplin knew exactly how to translate a mother’s love on screen with just a few resources. So in this scene, she’s visiting some people in the tramp’s neighborhood to help them. Suddenly, the now very important lady asks some woman permission to hold her baby for a while. She sits outside the tramp’s house and then her son gets out and sits nearby.

This scene alone could have been titled Mother Earth Protecting Her Children: the mesmerized lady looks at the sky right before exchanging smiles with the kid. She almost looks like a virgin and with great generosity gives a present to him. The whole sequence stands as one of the finest scenes ever from a Charlie Chaplin movie, a living proof of how to create magic without even speaking. 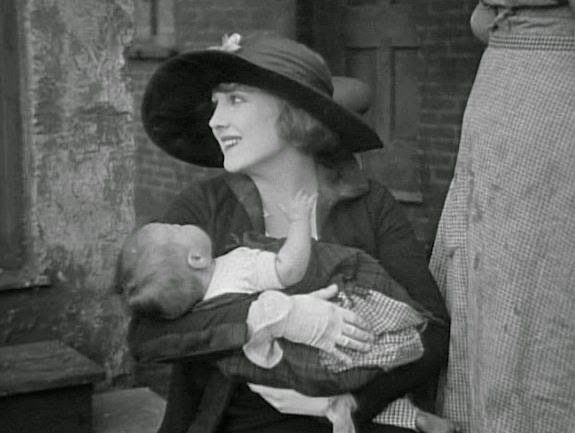 Eventually, the boy gets sick, so they call a doctor. This gentleman discovers that the tricky man is not the kid’s real father, so he notifies the authorities and the boy is taken away from him. After some legal bickering, the Tramp recovers the little boy. However, a note that the mother left in the cradle the day she abandoned him proves that he’s her beloved son. 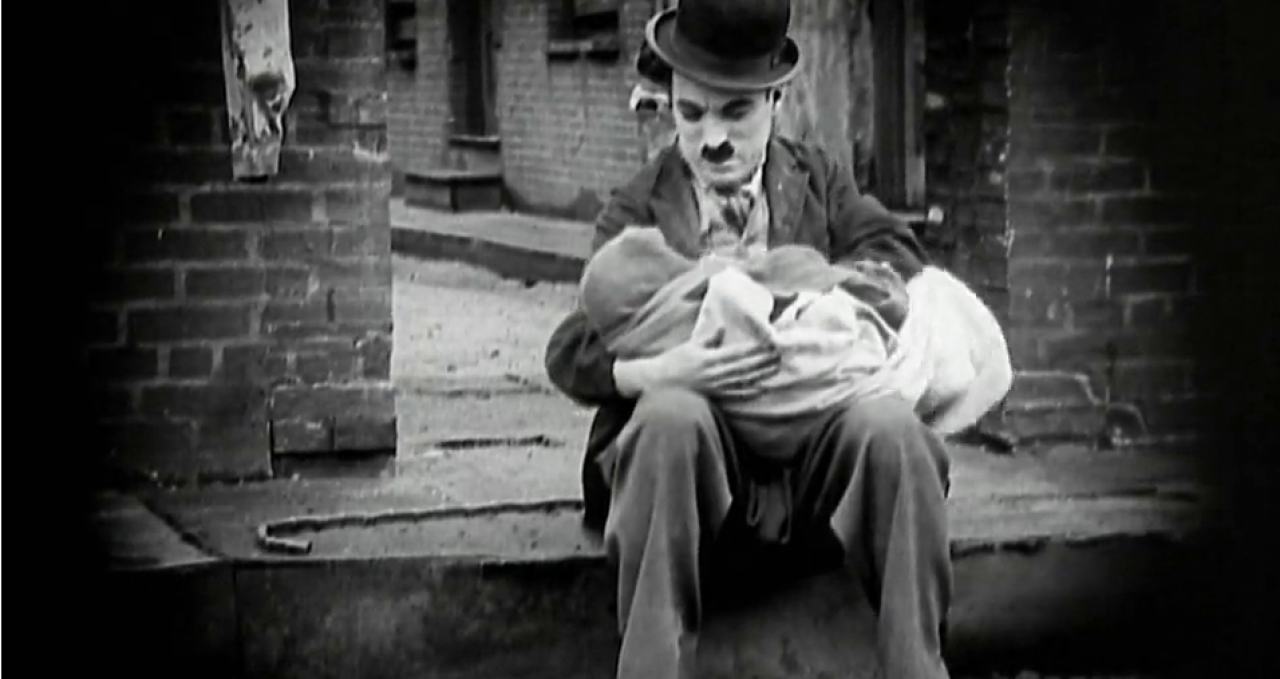 The Tramp and the Kid are now fugitives and there is a $1000 reward for the latter. They spend the night in a flophouse and the manager recognizes the child, so he takes him to the police station. The tramp wakes up and after looking for the boy everywhere, returns to his home, now locked by the police, and falls asleep on the stairs.

After a strange dream (we’ll talk about it later) he wakes up and an officer takes him to the lady’s house. Finally, they all are together and everything is perfect in the world. The woman welcomes the Tramp into her house and he closes the door while holding the Kid.

The Kid was Charlie Chaplin’s tribute to his deceased firstborn son. After going through one of the worst kind of pain any human being can suffer, he decided to pour out his heart to the audience. He shaped this masterpiece for over a year, and it was worth the wait, as the movie was a huge financial and critical success. 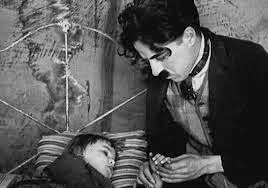 Chaplin’s childhood haunted him until his very last day and he didn’t miss the chance to go back to those lonely times in The Kid. The poverty displayed on screen for instance, is just a reminiscent of the things he lived while growing up in London. There is a strong emotional element in this particular movie, but the whole product is not political-free at all: this piece of art is also a subtle protest against a non-equal system that perpetuates misery and denies all kinds of opportunities to the less advantaged members of society. 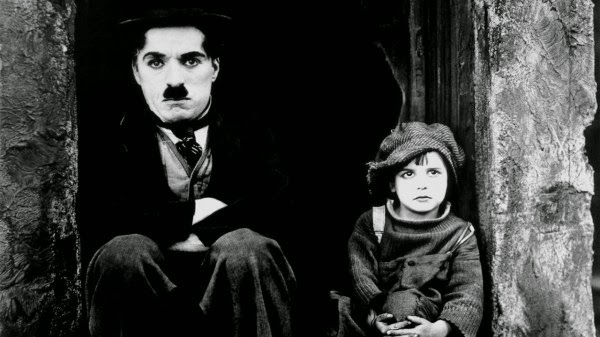 However, the main message of the movie is so simple, yet so important that it is often overtaken by the movie's high reputation itself.  It is unfair to compare such a masterpiece with any Hollywood current production, of course. Still, The Kid represents everything that is often forgotten in today’s world: the essence of love and the most selfless kind of generosity.


There are no tricks or hidden messages in this film, other than remembering the importance of nurturing, loving and taking care of the most valuable asset of our civilization: our precious children. This is why Chaplin’s tribute to his lost son represents cinema at its best. Fifty-two minutes of pure joy framed in a magnificent score composed by the mustachioed genius himself, as a celebration of life and goodness. 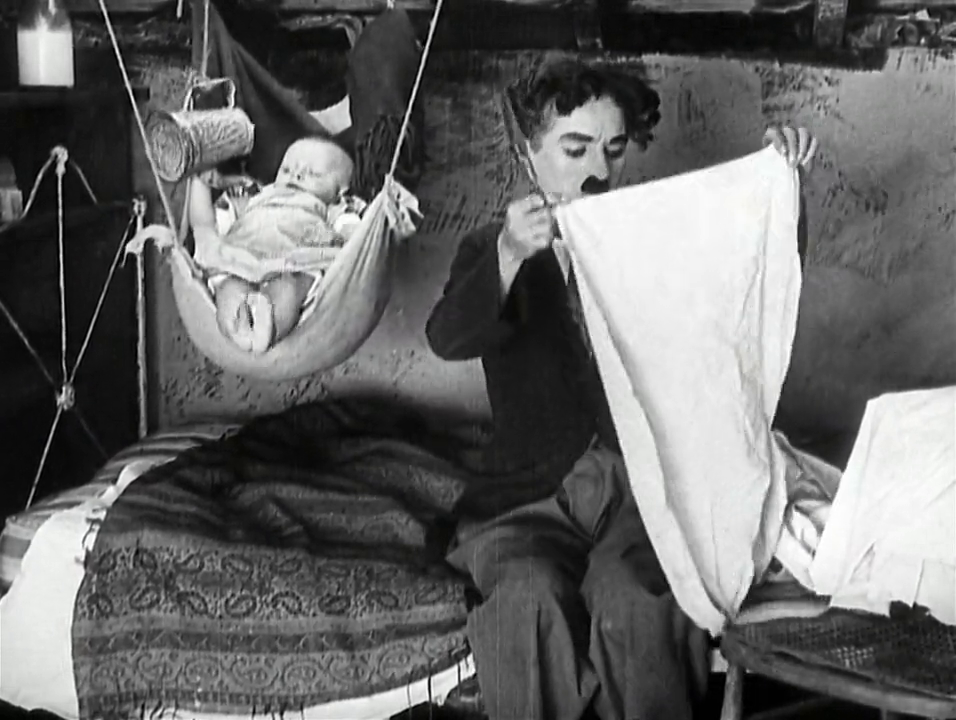 Next time when you find yourself in trouble, take example from this endearing tramp and just go to take a nap for a while: the minute he falls asleep (after desperately looking for the boy) a new, fantastic world opens its gates for him. So that, a bunch of angels start dancing to cheer him up (even a cute “angel dog”) and he sees the kid again. After this marvelous, surreal sequence, he wakes up and the solution is right in front of his eyes. Finally he recovers his beloved son.
The tramp let go all of his fears and in this way he fulfilled his dream.
What are we waiting for? 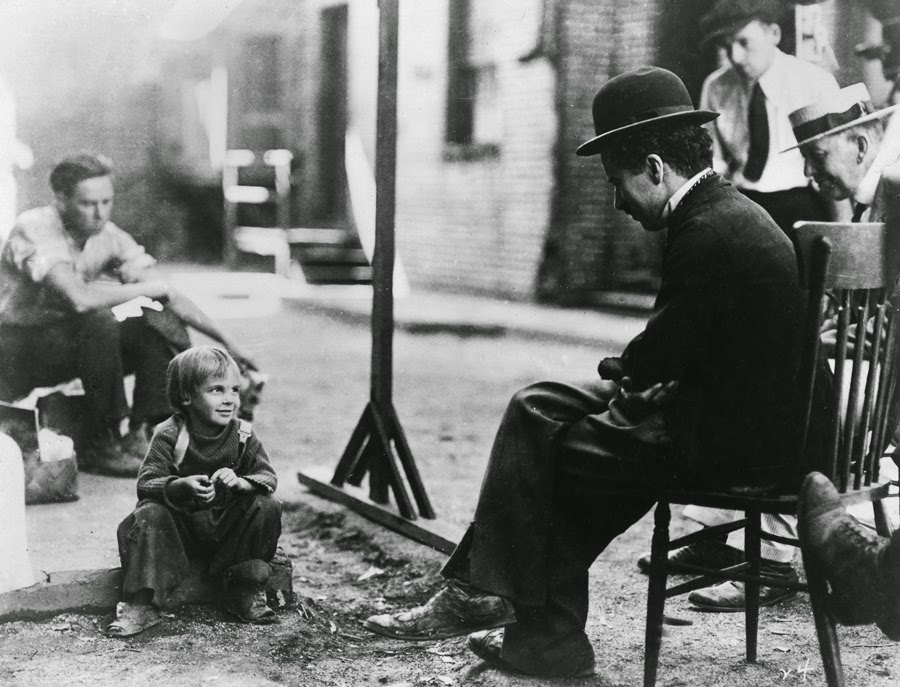