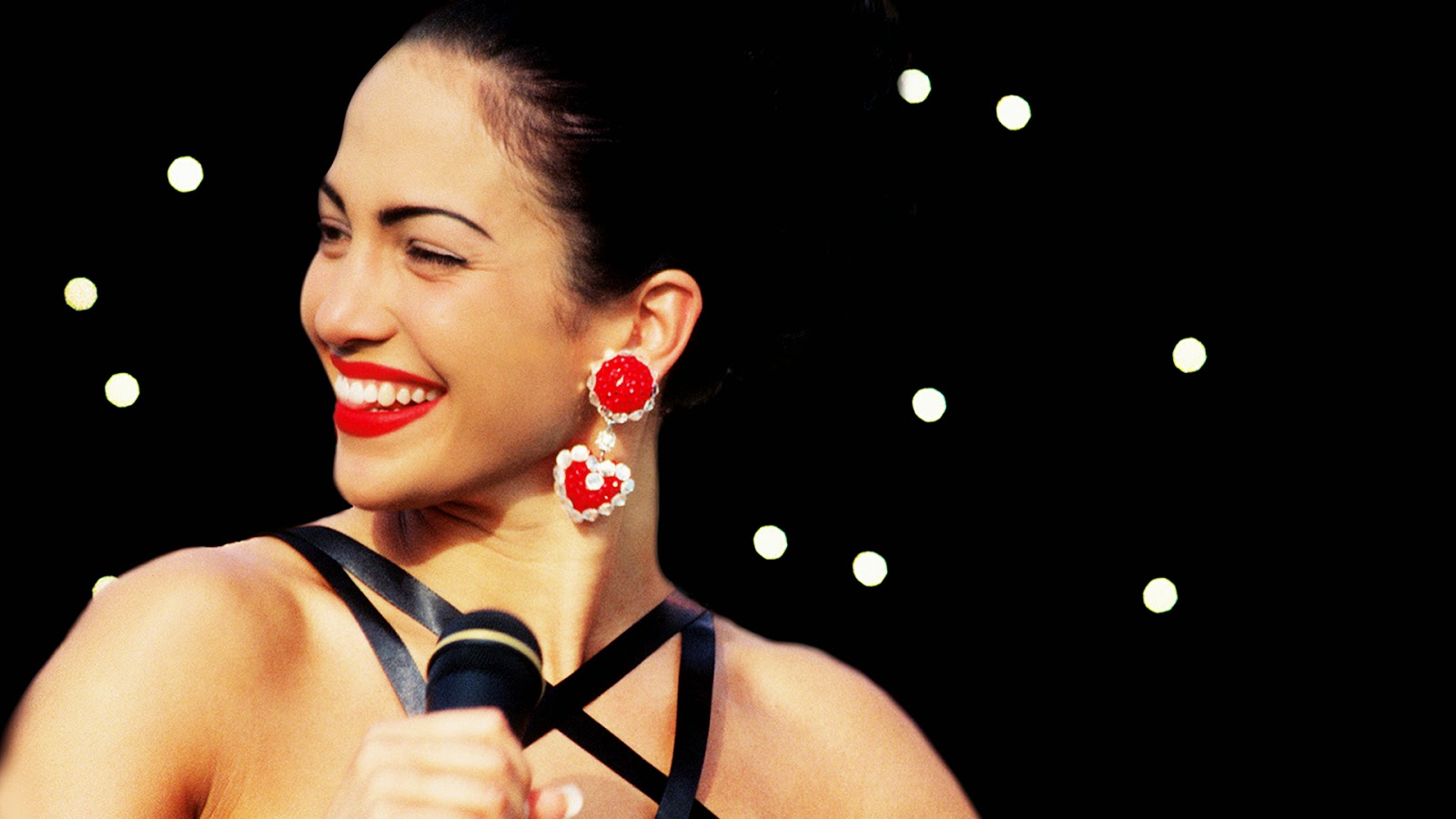 Selena Quintanilla’s life is told in such a soap-opera style that most of the audience will have the impression that the late Tejano superstar was nothing less than a saint. Some big critics, like Leslie Rigoulot and Stephen Holden from The New York Times immediately noticed this fact (“she has been beatified”, wrote Rigoulot in her review of the film).

However, sometimes fiction isn’t far away from reality: everyone who knew Selena says what a sweetheart she was, and most of her fans still remember her as a great example of overcoming any kind of obstacles.

After the Houston Astrodome stunning sequence, the movie goes back to the early 60’s, in a time when Selena’s father (Panchito Gómez) formed a band called Los Dinos. They had no good luck though, as they were rejected by both the audience and music businessmen in a very humiliating way.

The young Selena is played by Rebecca Lee Meza with great spirit. She had to deal with her grouchy though very loving father Abraham (Edward James Olmos) who virtually forced her to sing in a renewed version of Los Dinos, alongside her siblings A.B. Quintanilla (Jacob Vargas) and Suzette (Jackie Guerra). Her mother, Marcella (Constance Marie) becomes her best friend and fully supports every one of her choices, even when this meant to fight against her husband’s stubborn personality. 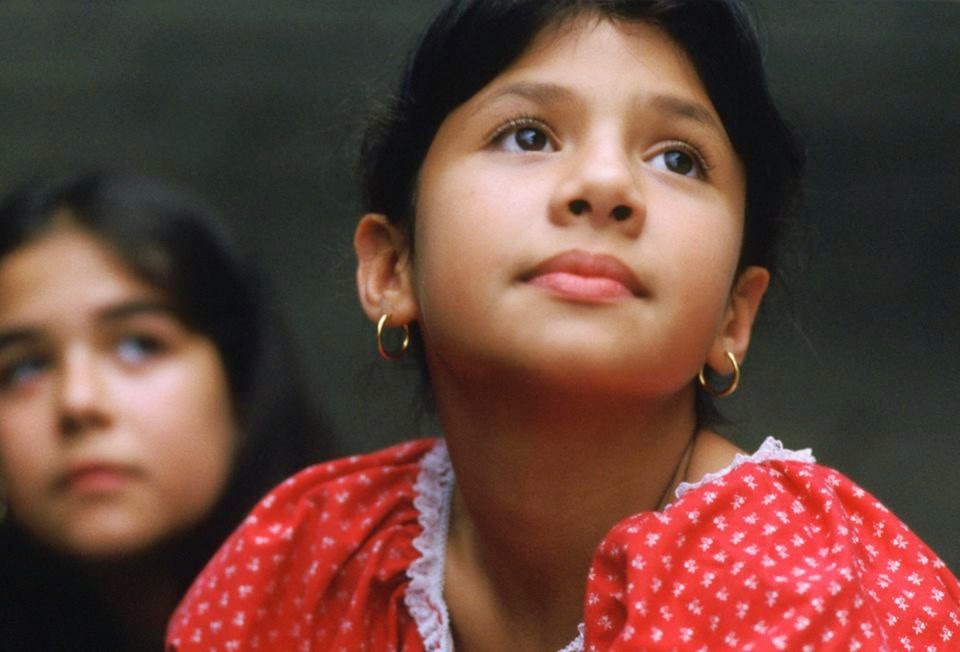 The road to fame was very hard, but finally they succeeded big time in the late 80s, placing several hits on the Billboard Latin Singles charts, including their breakthrough track, Como La Flor (“Like a Flower”).

A lot of drama came along when Selena got romantically involved with the band’s new guitarist, Chris Pérez (Jon Seda). They developed a back and forth kind of relationship due to Abraham’s opposition to that romance. They eventually get married in secret and her father finally accepts Chris as a member of the family in a tearful, dramatic sequence. Gregory Nava fully exploits every sentimental trick in the book to move the audience’s feelings. This worked like a charm as the movie was a blockbuster success. Even so, Jennifer Lopez delivers a compelling performance, proving why she’s one of the greatest show-women of all time. Lip-syncing to Selena’s recordings might be an easy job for any newcomer, but dancing like she does and putting on a great show requires a great amount of talent, and she achieves this job perfectly well. In all, Selena is also an extremely entertaining two-hour music video. 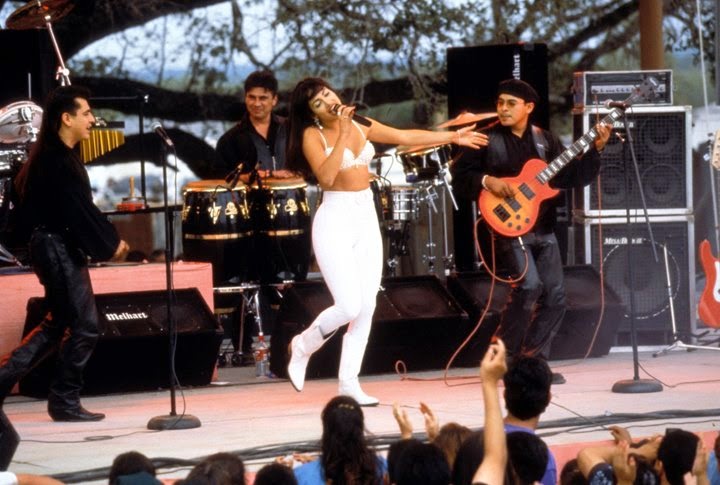 Some critics cynically expressed that they lost count of the speeches of 'believing in yourself' during the movie. They were right too, and maybe this is the movie’s biggest flaw: instead of digging deeper on the Tejano star’s mindset and hidden feelings, the director (who is also the screenwriter) settles for a shallower version of the story. Obviously the goal was to preserve Selena’s legacy on screen in the nicest, cleanest way possible.

Drama and fictionalized events aside, this film also shows why Selena is still relevant in popular culture: the eager girl who had to learn Spanish in order to sing cumbias, turned into an international  icon thanks to her unique talent and vision as a business woman. Her powerful mezzo-soprano voice (a quality seldom seen in today’s pop music) wasn’t that evident when singing Tejano tunes, but it really shines on songs like the Celine Dion-esque Dreaming of You, a soft ballad from her English debut album, and the one that is repeatedly playing during her death scene. Is there anything sadder than this on the big screen? 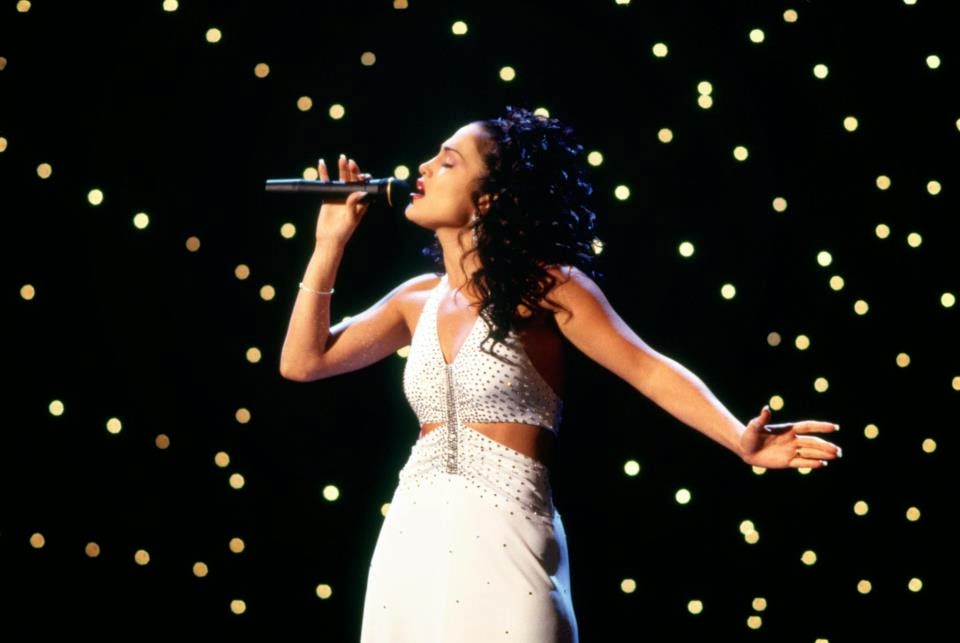 Yolanda Saldivar, played by the talented Lupe Ontiveros, is portrayed as a double-faced, obsessed fan who became the manager of some of the singer's projects (the clothing line, for instance). Unfortunately Selena was kind of naïve in an enviroment full of wicked people.  However, the movie falls short in explaining Saldivar’s deeper motives to commit such an awful crime.

There is not an actual representation of the murder scene, only a brief recount of the aftermath with Selena’s family crying inconsolably over her senseless death. For her hardcore fans, watching this again on screen must be kind of unbearable. Again, there are no easy answers for so many important questions.

The movie ends with some clips of the real Selena Quintanilla while hundreds of fans pay tribute to the singer holding pictures of her and lit candles. 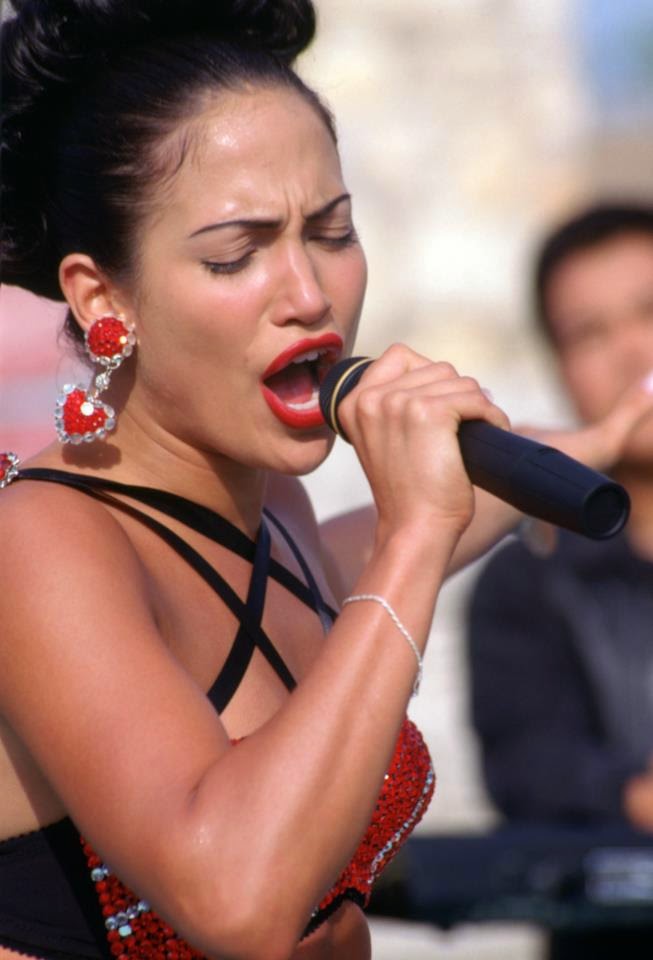 Twenty years later the beloved singer is still very much alive in the hearts and minds of her millions of fans and that’s the best tribute of all. 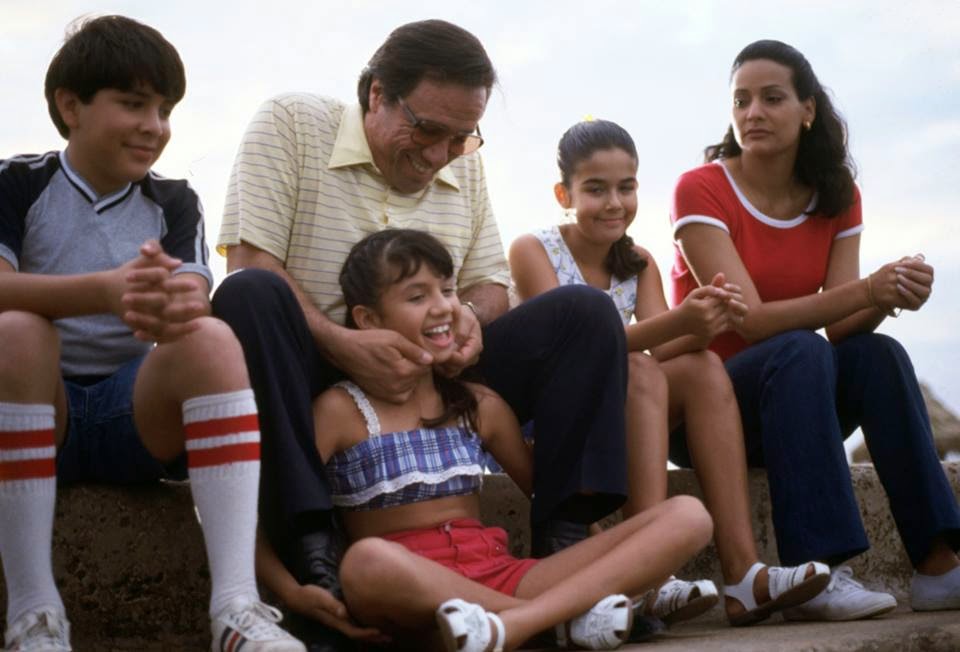