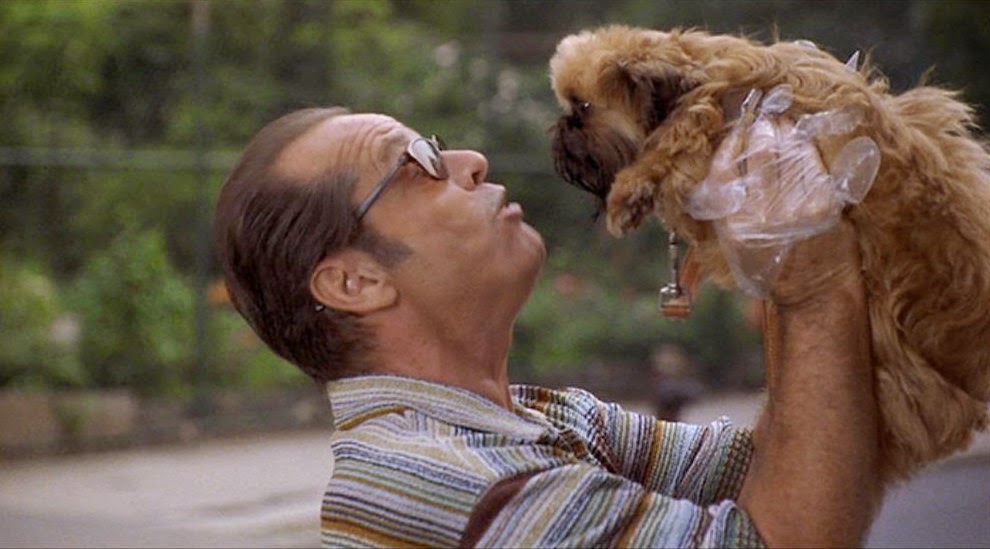 Okay... What I do is, I watch. Ever watch somebody who doesn't know you're watching them? An old woman sitting on a bus? Or kids going to school? Somebody just waiting, and you see this flash come over them. And you know immediately that has nothing to do with anything external because that hasn't changed. They're just sort of realer and more alive. You look at someone long enough, you discover their humanity.

People that talk in metaphors ought to shampoo my crotch. This is one of several cruel, yet memorable phrases said by Melvin Duvall (Jack Nicholson) during As Good As It Gets. A comedy with brains and one of the best films of the 90s, it is about people with absolutely nothing in common living under different circumstances, but for some reason their paths cross one day... and this is when the fun begins.

Melvin is one of a kind person who suffers from obsessive-compulsive disorder with all that implies. Anyone’s nightmare, he’s never afraid of telling the truth face to face. Despite his professional success (he’s a best-selling fiction author) loneliness is never far away from him. Nicholson does a perfect job and behind that hateful and hilarious mask, the vulnerability of the character surfaces from time to time, exactly when it is due. 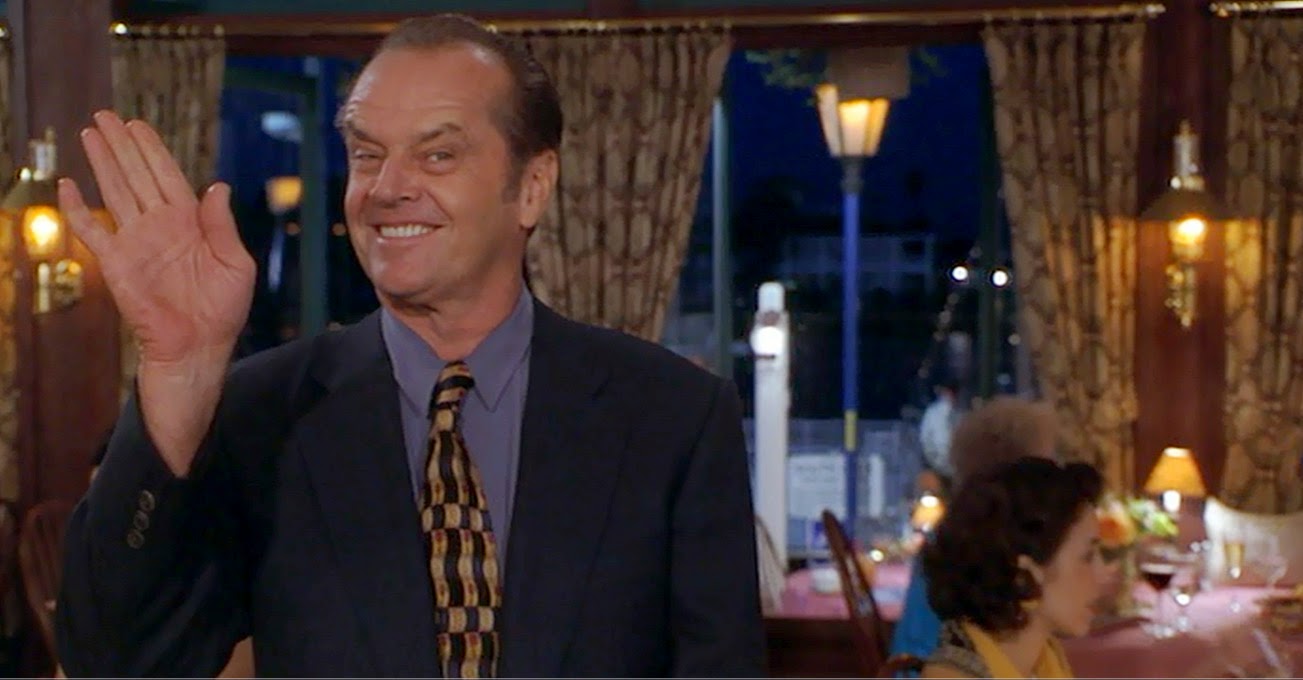 Melvin has a gay neighbor called Simon (Greg Kinnear) whose object of his affection is a tiny dog named Verdell (Jill The Dog). One evening, Simon gets brutally attacked while drawing a painting of some guy he picked up in the street. You know that Hollywood loves to represent gay men as victims of beatings, mistreating and diseases and this is not an exception at all.

It seems to be that Simon was looking for love and company, not exactly for another model. Unfortunately, tragedy strikes and he ends up in the hospital in the worst condition after being assaulted by the model’s abettors. 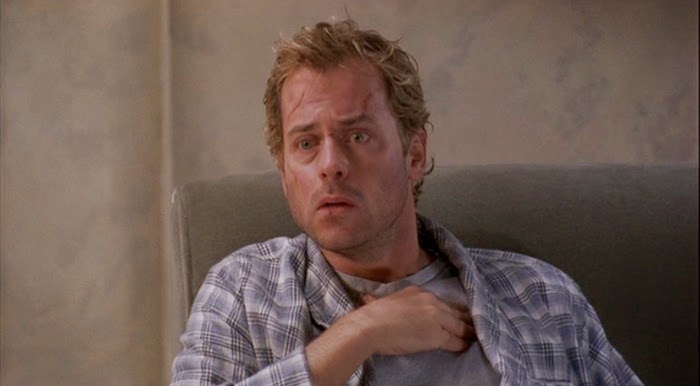 Simon’s best friend, Jack (the great Cuba Gooding Jr.), forces Melvin to take care of Verdell as a way to compensate for the way he has been treating him for years. Surprisingly the freaky almost-psychotic writer and an animal hater by all means, suddenly finds himself in love with the cute, little dog. Director James L. Brooks delivers his message in a subtle but powerful way: all you need to love someone is getting to know them a little bit more every day. You’ll be delighted with the pleasant nonjudgmental surprises you’ll find along the way. 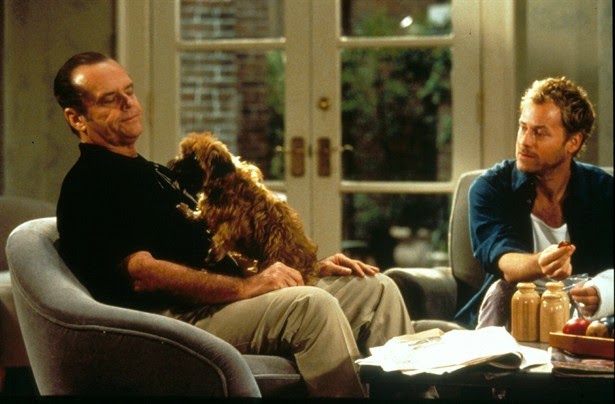 Nevertheless, Melvin’s heart belongs to the tortured mother and busy waitress called Carol (Helen Hunt).  However, this is a nearly impossible romance as they are completely opposite. Carol’s son, Spencer (Jesse James) suffers from asthma and eventually Melvin offers to get billed for his quite expensive medical treatment.  The kid gets better and now the single mother has a lot of free time to spend. 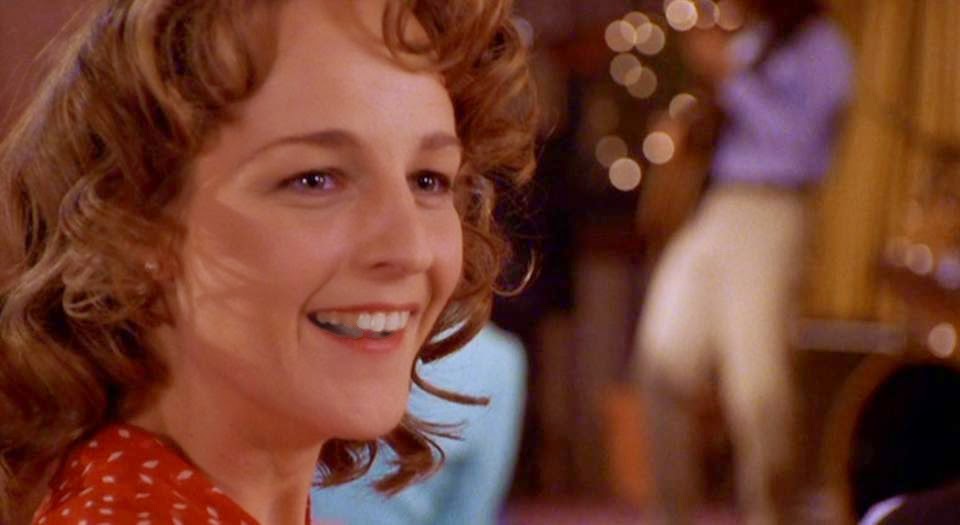 This doesn’t necessarily mean it is a good thing, of course. The lonely woman is so accustomed to being distraught most of the time, that this unexpected break only leads her to face her own condition. For every person out there this might be a great chance for a new start. For most people, though, it is a frightening moment.

Be as it may, Carol and Melvin paths intersect and they change each other’s lives. Both travel with Simon to Baltimore to ask his parents for financial help. He’s broke and facing a slow recovery from that vicious attack, but Carol’s friendship turns out to be the best palliative of all. Melvin gets jealous and makes all kinds of mistakes in order to conquer Carol’s heart. She eventually falls under the unusual charm of a man she used to dislike in a huge way and the OCD patient learns how to express his own feelings to make her feel good about herself. 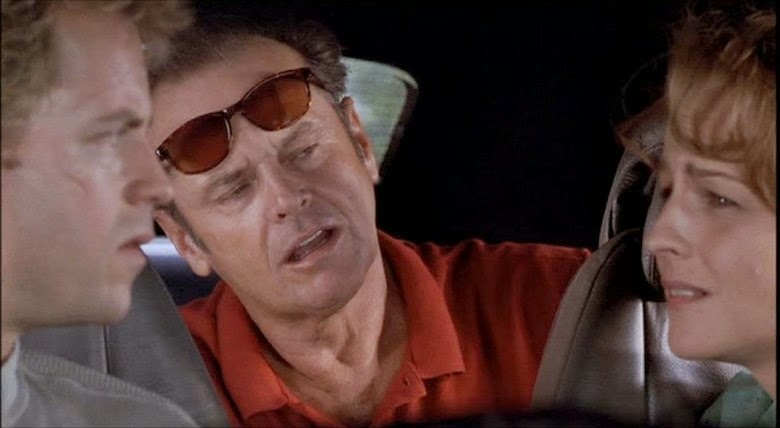 Fortunately, As Good As It Gets is not the typical romantic Hollywood movie. It has a tinge of harsh realism, but at the same time is a captivating an extremely enjoyable experience. Jack Nicholson, Helen Hunt and Greg Kinnear performances are flawless and we can’t forget other great talents like Lupe Ontiveros, Shirley Knight and Harold Ramis.

As Good As It Gets is an ode to tolerance, love and understanding. In a very sharp way, it shows how people can learn to get along with each other despite their differences and dissimilar points of view. There is some sentimentalism involved, of course, especially in the sequence when Simon finds out that Melvin had taken him in. The homophobic and misanthropic author finally opens his heart and realizes that we all are one. That feeling goes beyond age, race or sexual orientation. In that moment Simon says to him “I love you”. But such statement has no romantic nature at all. It is a way of saying “I celebrate your humanity. I see you and I appreciate you. And I feel happy because we can live with each other in peace, no matter how different we are”. 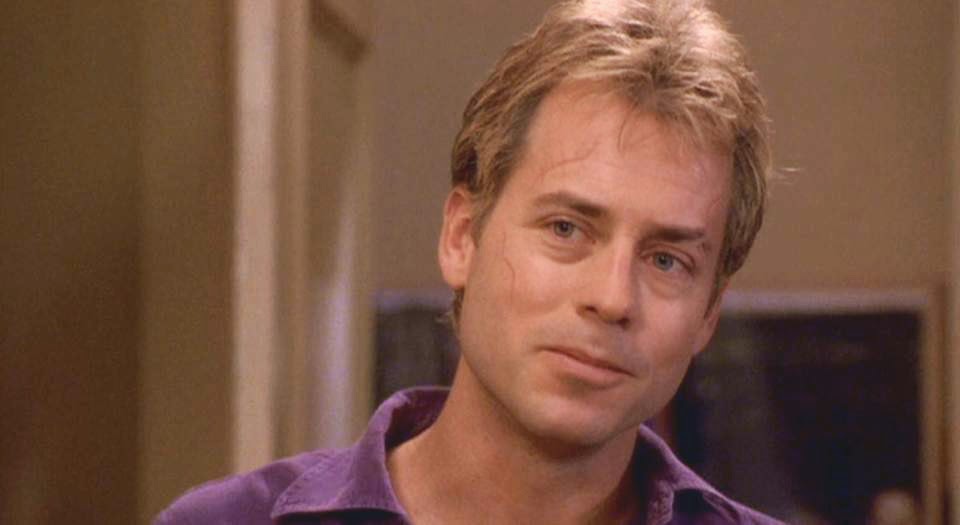 Hans Zimmer never fails, of course, and this time the score reflects the movie’s great spirit in a very touching way. Actually Up’s score (2009) seems to be heavily inspired by this one. Don’t you think so?


It is time to enjoy this brilliant movie one more time and dream about your perfect life. If an extravagant guy with OCD can find happiness and contentment thanks to movie magic, then we can overcome anything. And what is better than having your best friend, a beloved pet and the love of your life next to you every day? Indeed, this is as good as it gets.

“You make me want to be a better man” –Melvin Udall- 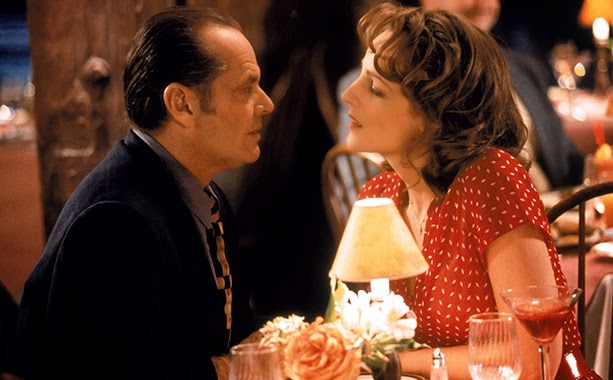