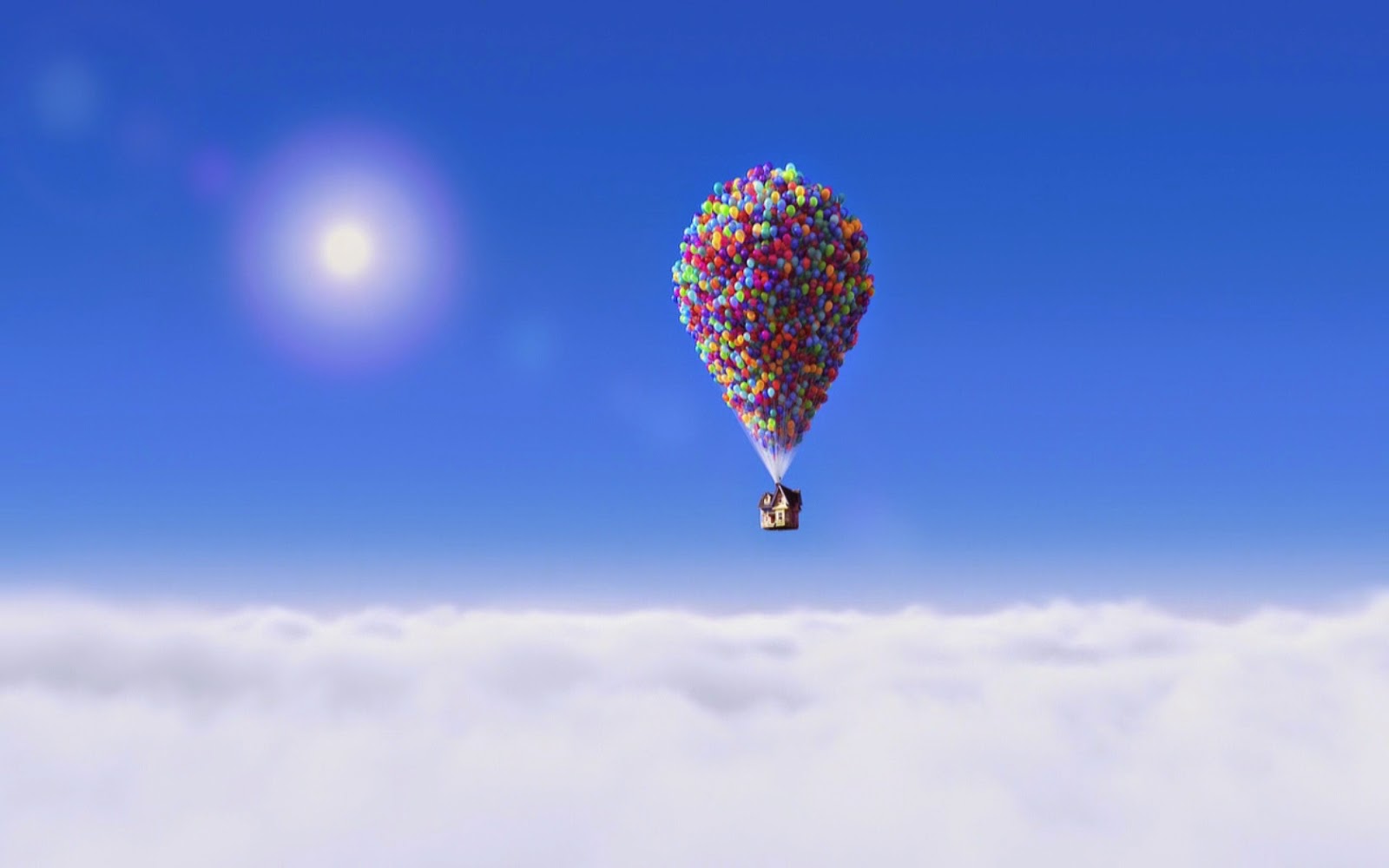 "Standing here with my arm around you, life's moved on
And all its borderlines are being redrawn
The winter has come the roads are white
Everyone's home late tonight may we stay or will it depend
As old friends in the end still old friends".

-'Old Friends' by Everything But the Girl-


The huge commercial success of Up (2009) shouldn’t surprise anyone. The evolution of animated cinema made possible a masterpiece like this, one that has everything it takes to move the audience, despite their age, gender or nationality.

The 3D computer-animated Pixar film tells the story of Carl and Ellie, a couple of kids with a mutual taste for adventure, exploring and camping. Actually, they both idolize a very famous explorer (Charles F. Muntz).

Ellie is a very noisy and honest girl whereas Carl is a quiet and kind of shy young man. They eventually get married and their life together is full of happiness and joy, even though they postpone several times their dream trip to South America. 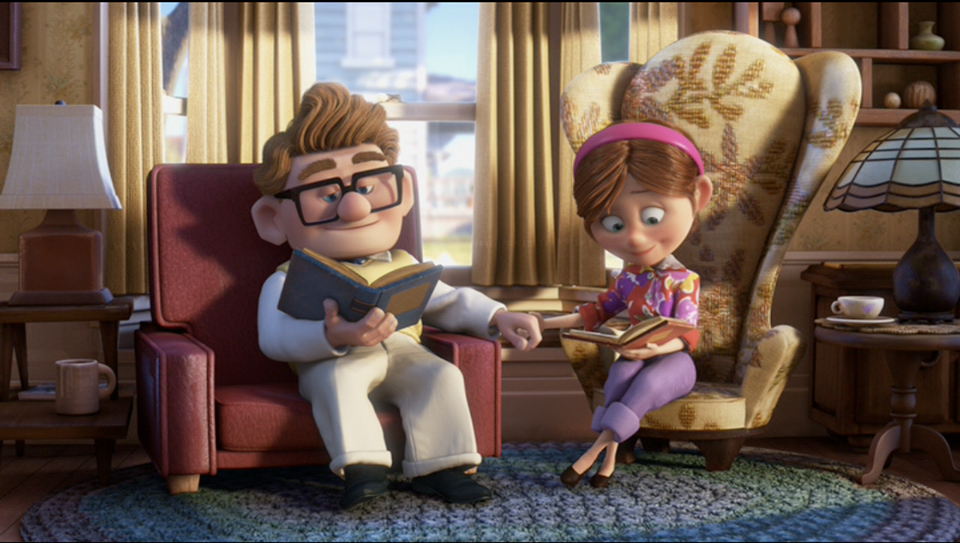 However, Ellie’s inability to have children overshadows their personal paradise for a while. Fortunately, love conquers everything and they stay together until the day she passes away.

Before she leaves this world, Ellie hands Carl a scrapbook  with a subtle suggestion written on the last page: Thanks for the adventure; now go and have a new one! 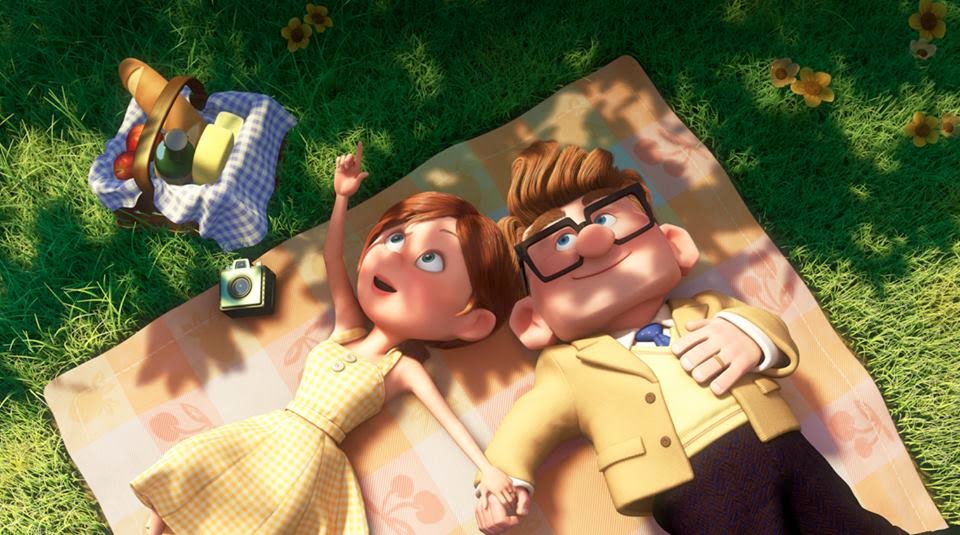 Now Carl is over 80 years-old and has to face the world alone. Instead of crying and regretting he chooses to go on, proving that you are never too old to start a new day. Whenever he feels lonely or insecure, the adorable old man -whom clearly resembles Spencer Tracy circa late 60’s- calls his wife’s name, as she’s still very much alive in his heart and mind.

A court orders him to leave his house to spend their final days in a retirement home, but his plans are completely different (not that fast, please!). After meeting an eager boy scout named Russell, he decides to take on an adventure: in a surrealistic and fantastic way, he turns his house into an airship using hundreds of helium balloons. He later finds out that Russell sneaked into the house. At first, Carl is not happy at all with this new guest. After the house lands in the fictional Paradise Falls, they together live the most extraordinary experiences and meet a couple of new friends: a large prehistoric female bird (Kevin) and a speaking dog (Dug). Finally, Carl fulfills the promise he made to Elli, as he's living his own adventure.

Up broke several rules of movies targeted to children: the honest representation of human death captured the older audience’s attention and created a touching environment very unusual in this genre. On the other hand, the highly awarded score composed by Michael Giacchino is now an everlasting part of modern pop culture and will make you feel a bitersweet sensation every time you listen to those notes.

The development of the relationship between Carl and Russell gives the audience a chance to reflect on the importance of a father figure. Of course, there are lots of love and tenderness involved as Russell’s patience and innocence are more than enough to conquer Carl’s heart. The little scout boy has the same spirit of Ellie, as they are able to bring the best out of people.


Pixar created an unbelievable, amazing and endearing film. Up is a very fun experience and it will make you laugh and weep a little bit at the same time. Not every animated movie can reflect such beauty like this one does. Definitely  the image of Carl holding a bunch of helium balloons as he mourns at side of Ellie’s casket is a great reminder of how brief life is, and how precious are those moments we spend with the people we love. 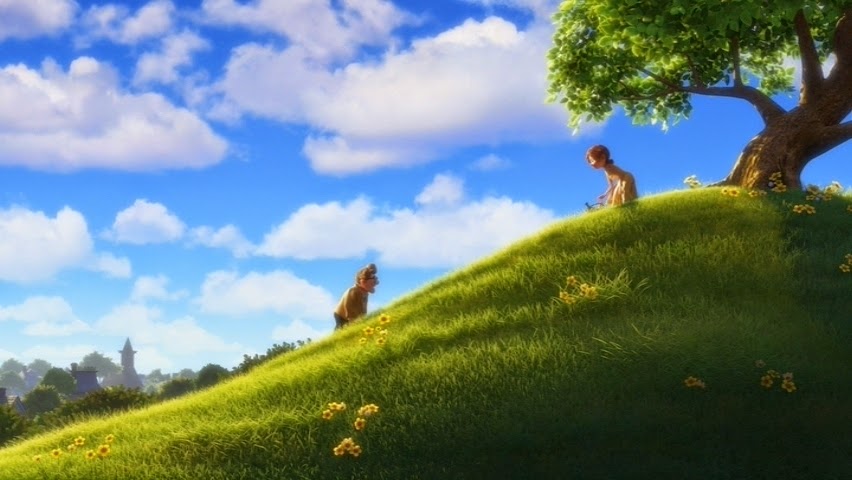 Actually, that time can be also amazingly spent with our dearest pets. In Up, that animal tenderness is very well represented by Kevin, who after being haunted by a surprisingly evil Charles F. Muntz finally meets with her babies. Meanwhile Dug, the most charming buddy anyone could find, finally gets a new home and makes a couple of friends forever (Carl and Russell). He later fathers a bunch of puppies, as seen in the closing credits sequence. 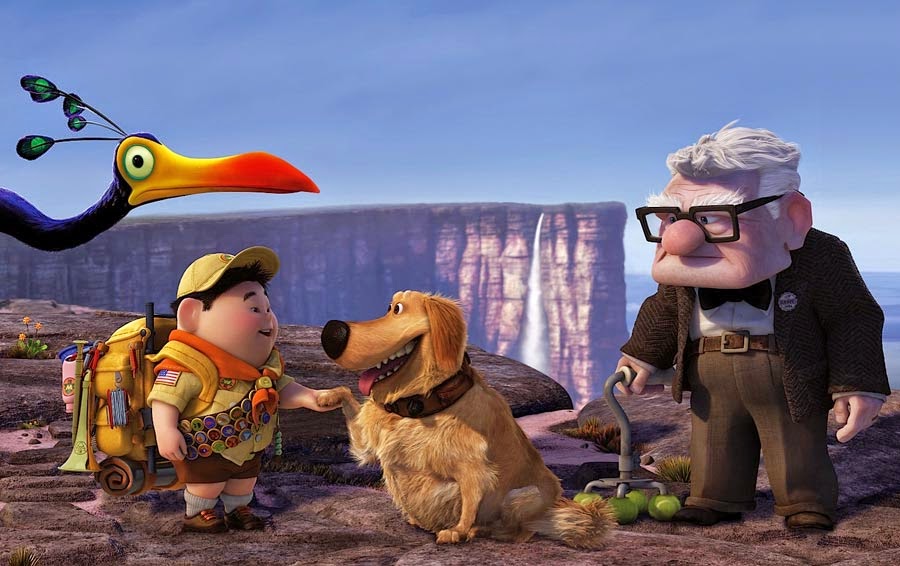 The technical aspects of Up (cinematography, editing and the flawless computer animation) are pretty impressive. That’s why Pixar spent over $170 million dollars to produce this movie, an amount that was quadrupled at the box office.

Up is a movie that will stand the test of time very much like Dumbo or Pinocchio have done and for the same reasons: they all remind us that there’s still more than enough beauty, good will and love in this world. But our real duty shouldn’t be just to find those qualities every day: we should actually create them every second.

If you are an adult and you have not watched this movie, please do it. You won’t regret.

Can you promise me this? Then... cross your heart. 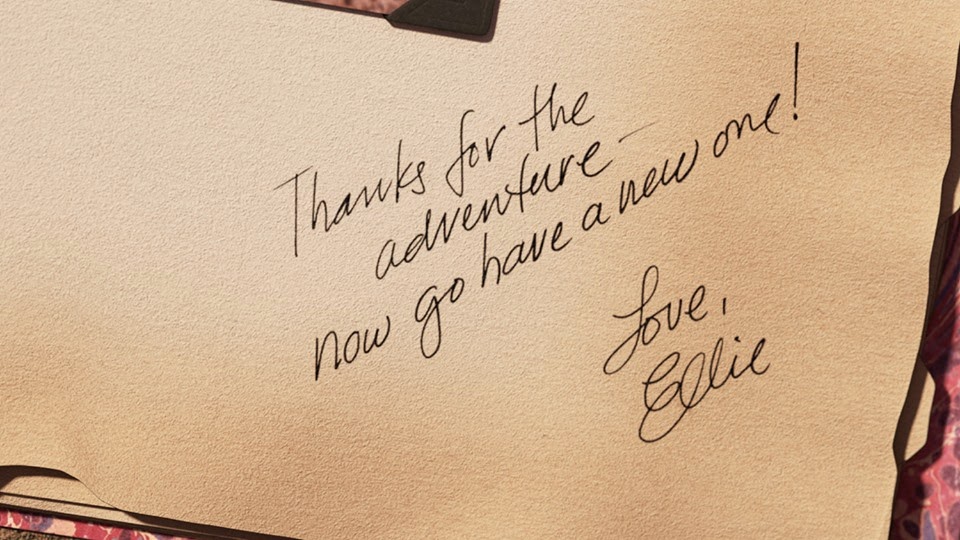