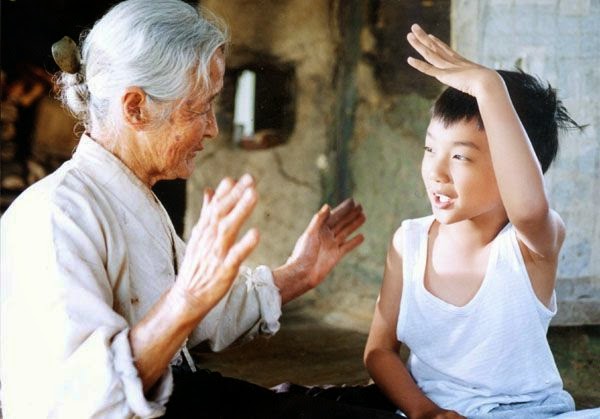 When it comes to movie making, having a sufficient budget is very important. Money is money, and the lack of it can literally kill a good project. However, there will always be films like The Way Home to remind us that, before big sets and expensive special effects, every movie director and screenwriter must have a genuine artistic intention and most of the time it comes from the heart.

South Korean filmmaker Lee Jeong-hyang could give a whole seminar about it. After graduating from Sogang University with a degree in French Literature, she got involved in cinema production and her most important project is this simple but unique movie. It tells the story of a seven year-old brat and his mute grandmother. He spends   the summer at her humble, poor house, as his mom is looking for a new job.

The lady is an extremely rural person with no personal ambitions other than surviving every day. Actually, she suffers from an undisclosed bone disease that forces her to walk hunchbacked. 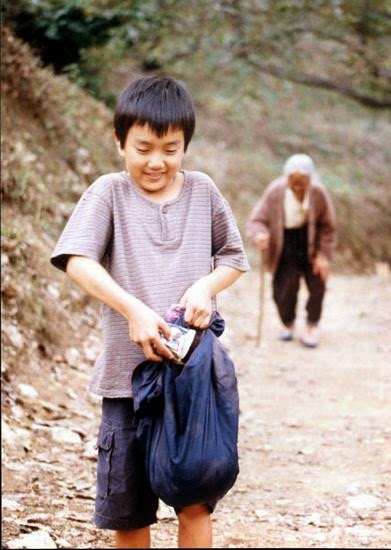 Although the self-effacing woman remains nameless the entire movie, her actions and unconditional love for the kid are more than enough to fall in love with the character. Sang-woo’s lack of sympathy for her grandmother leads him to mistreat her in many ways. He uses her to buy him the things he likes, even though she has to work very hard every day to earn money.

Jeong-hyang’s style of direction is extremely simple with no hidden tricks or over-the-top camera action. On the other hand, cinematographer Yoon Hong-shik offers no surprises but his work is good enough to capture the audience’s visual attention.

Despite all this effort, several critics were too harsh on this movie, and yes: Maybe The Way Home offers no cultural exchange. Maybe the storytelling is kind of soap-operesque and remains plain most of the time. But this film isn’t about intellectual dialogue or anything like that. It is about remembering what is really important in life. 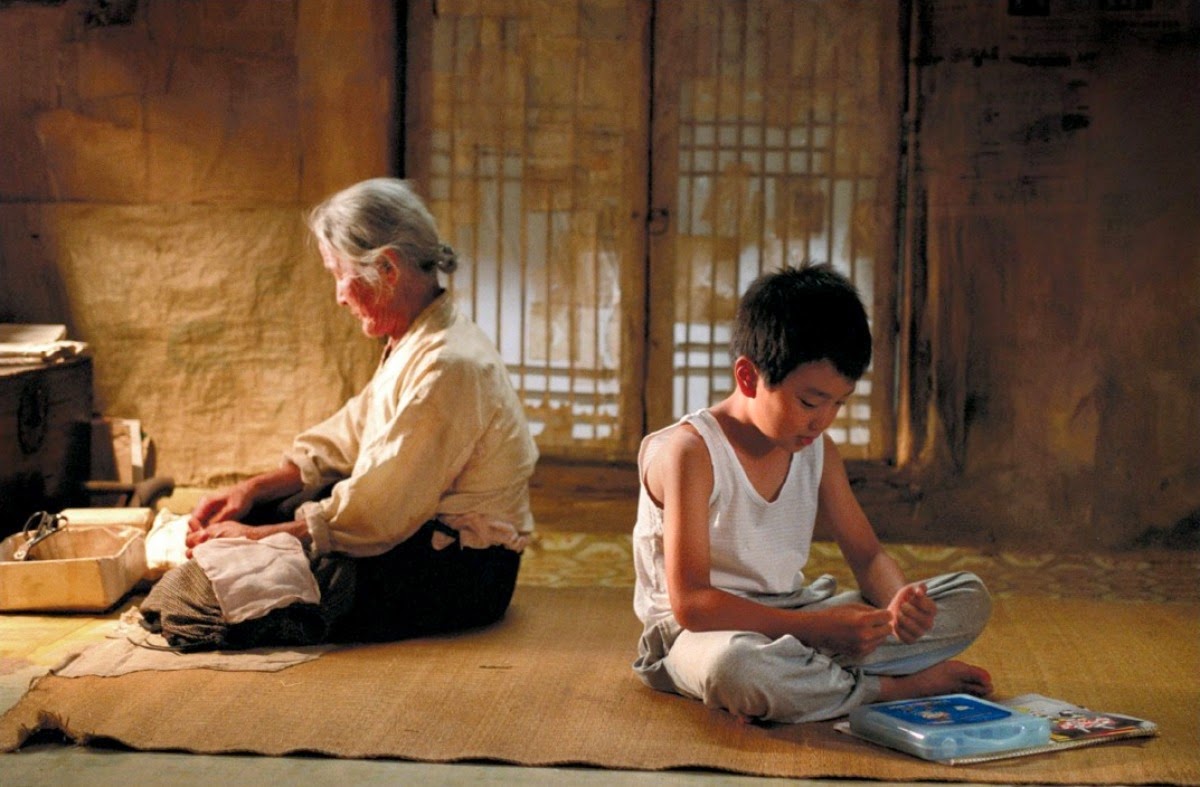 Back to the movie, Sang-woo meets some friends along the way: a young girl with whom he falls in love, and a country boy named Cheil-e. They represent a way of life that he didn’t know until then and have a couple of priceless lessons for him to learn.

Eventually, the spoiled kid learns how to appreciate his grandmother. After insulting and humiliating her several times, some kind of tender love grows on him little by little and now tries to help her whenever he can.

Finally, the once hard-hearted young boy realizes what life is all about. In the worst moment of his vacation time, he finds a present from his grandma in his pocket: a gift-wrapped roll of money to buy new batteries for his favorite portable video game.

The director knows perfectly how to take us back to those moments when the simplest gifts really made us happy. In those moments when we feel that life is unbearable, maybe we should go back to our secret space and talk to our inner child for a while. That could make everything better, right? 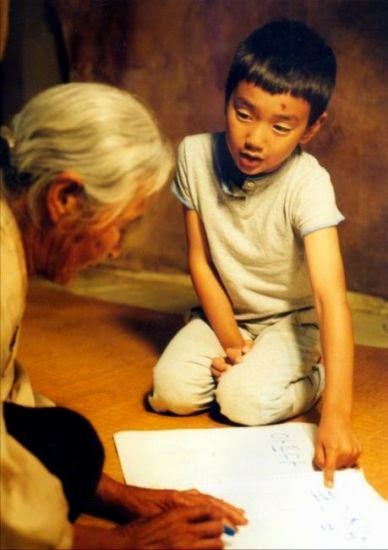 The film has a happy ending, as the two main characters keep in touch after Sang-woo leaves. He learns how to say “I’m sorry” and “I love you” from the bottom of his heart, and the grandmother learns how to write and read to send letters to his beloved grandson. They certainly found ‘their way home’ as now they have each other despite of distance.

Lee Jeong-hyan dedicated the movie to all the grandmothers in the world. The result invites us to watch it over and over again as a good friend who wants to hold us tight to keep our pieces together, like that lady in the local market who tells the grandmother:  “come by again before one of us dies”.
Life is short, but unconditional love lasts forever.